What To Look Out For In The Smartwatch Market 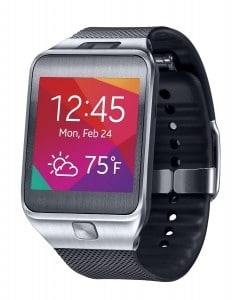 A few years ago the smartphone established itself as the must-have item in the technology and communications market. These very capable, powerful and now indispensable devices are ubiquitous these days, and it seems we can’t go an hour without checking for messages of some kind or another. Inevitably, it wouldn’t be long before things became even smaller – and now we have the latest gadget of the future, the smartwatch. In many ways a smartphone worn on the wrist, some are more capable than others, so where do you begin to look in the smartwatch market?

First, take into account the big names: Sony, Samsung, LG, Timex and Motorola all have devices already on sale or pending, and they are a varied and interesting bunch. The Samsung Gear Solo, soon to be introduced, is one that can make and receive calls on its own, without the requirement of a nearby smartphone, something most other smartwatches need – while the Timex Ironman One is a very capable model that is designed to run without a phone on the 3G network. Both of these come from big players in the communications, but others do not.

One of the most popular and highly-regarded smartwatches is the Pebble; this model comes in a variety of trendy colors and is well-priced, and while it may not be as all-out powerful as some, it offers easy access to the Smartwatch Owners Club and is meeting with a wide variety of new users all the time. Also impressive is the Martian Passport, a model that looks more like a traditional watch, yet comes with impressive voice command capability and many other features, and one that has made the bigger makers sit up and take notice as to what can be done if designers are allowed to innovate.

Perhaps the most hotly anticipated new model is one that is expected late in 2014: the Apple iWatch promises to bring to the party everything expected of this hugely innovative and successful company, but it is also likely to carry a premium price, as Apple products tend to. With developments in smartwatch technology advancing apace it will be interesting to see how the next generation of wrist-worn communication devices stacks up against the traditional smartphone; many industry commentators expect that, eventually, the watch will surpass the phone and the world of messages and calls will change forever once more. This may well be the case, given current interest in the smartwatches already available.