Welcome To The Smartwatch Revolution 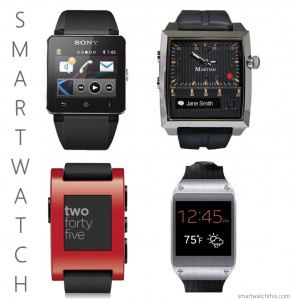 going march of technology continues to bring us more wonderful gadgets that are designed to enhance our lives. While the home PC has been usurped by the laptop and, in turn, the hand held smartphone, there is a new kid on the block that many in the industry believe is the way forward. Meet the smartwatch, a powerful computer worn on the wrist, and many are joining the smartwatch revolution.

Many still think the smartwatch is just a gimmick. Well, in many ways the concept began as such, but with the technology needed to produce powerful computing capability reducing in size all the time, the smartwatch has become a viable alternative to the smartphone, and there are signs that these devices are making great strides in what is quickly becoming a highly competitive market.

So what can you expect from a smartwatch? What began as a simple gadget that told the time and perhaps offered music capability has become something much more; the latest smartwatches offer computing ability on a par with mobile handsets, and many – known also as watch phones – can be used in the same way as a smartphone to make and receive calls, send texts and many more of the features expected.

The more advanced models are designed with even greater features, including GPS tracking, a camera, MP3 players and, most interesting of all, web browsing thanks to the inclusion of an operating system capable of supporting apps. Furthermore, many have sports features that allow runners and athletes to time their activities, to track their calorie usage, and much more.

One area in which the smartwatch has shown success is in the use of Bluetooth and wireless technology; such capability is a step towards the dream of a wrist-worn computer with full processing capability, as the watch itself can be used as a remote unit to send or retrieve information via a more powerful computer system.

Once dominated by the more well-known makers – the origin of the smartwatch has its roots in a range of clever devices introduced by giants such as Casio and Seiko in the 1980’s – the market is now expanding and many specialized manufacturers are taking advantage of the opportunity to get a foothold in what is a fast-growing and very fresh market.

Will the smartwatch lead to the smartphone becoming extinct? That is unlikely, but what is true is that these clever, capable and very interesting devices are set to become more commonplace in the very near future.