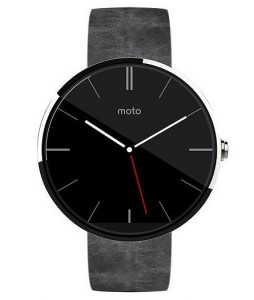 The smartwatch industry is becoming increasingly competitive with the upcoming release of several new wearable tech devices by key players such as Apple with the iTime (more popularly known as iWatch), Timex with the IronMan One, and Motorola’s Moto 360, to name a few.  Fans and gadget geeks are left somewhat in the dark on the details of these upcoming gadgets, as understandably these companies want to keep the specs, including pricing, under wraps until their official unveiling. However, we are getting a glimpse into the details and Motorola’s Moto 360 watch price due to a seemingly unintentional slip up from Best Buy.

We knew the Moto smartwatch would be one of the top contenders for iTime, Apple’s soon to be released smartwatch, as both are sure to be top of the line in both functions and style. The price point of the Moto 360 has been something that the tech world has been curious about because an affordable price might give Motorola the upper hand over Apple, since we all know that Apple devices certainly don’t come cheap. Motorola was all set to reveal more information on the Moto 360 in September, but Best Buy beat them to it when they posted a new product page that listed the smartwatch at $249.99.

Other key features were listed on the product page, although the availability was just listed as “coming soon”.  At 1.8″ wide and 0.4″ thick, it’s large, but so are most other smartwatches, and its round face gives it a softer feel than it’s square competitors.

Here are the features as listed on Best Buy’s page before it was pulled (but you can scrolldown for screenshot):

We’re excited to see Motorola’s new baby, and with it’s sleek design and quality reputation, the Moto 360 smartwatch is sure to pack a punch. We expect Motorola to announce the Moto 360 launch during their September 4th press conference in Chicago. Stay tuned, as we’ll be posting information as soon as we have it. 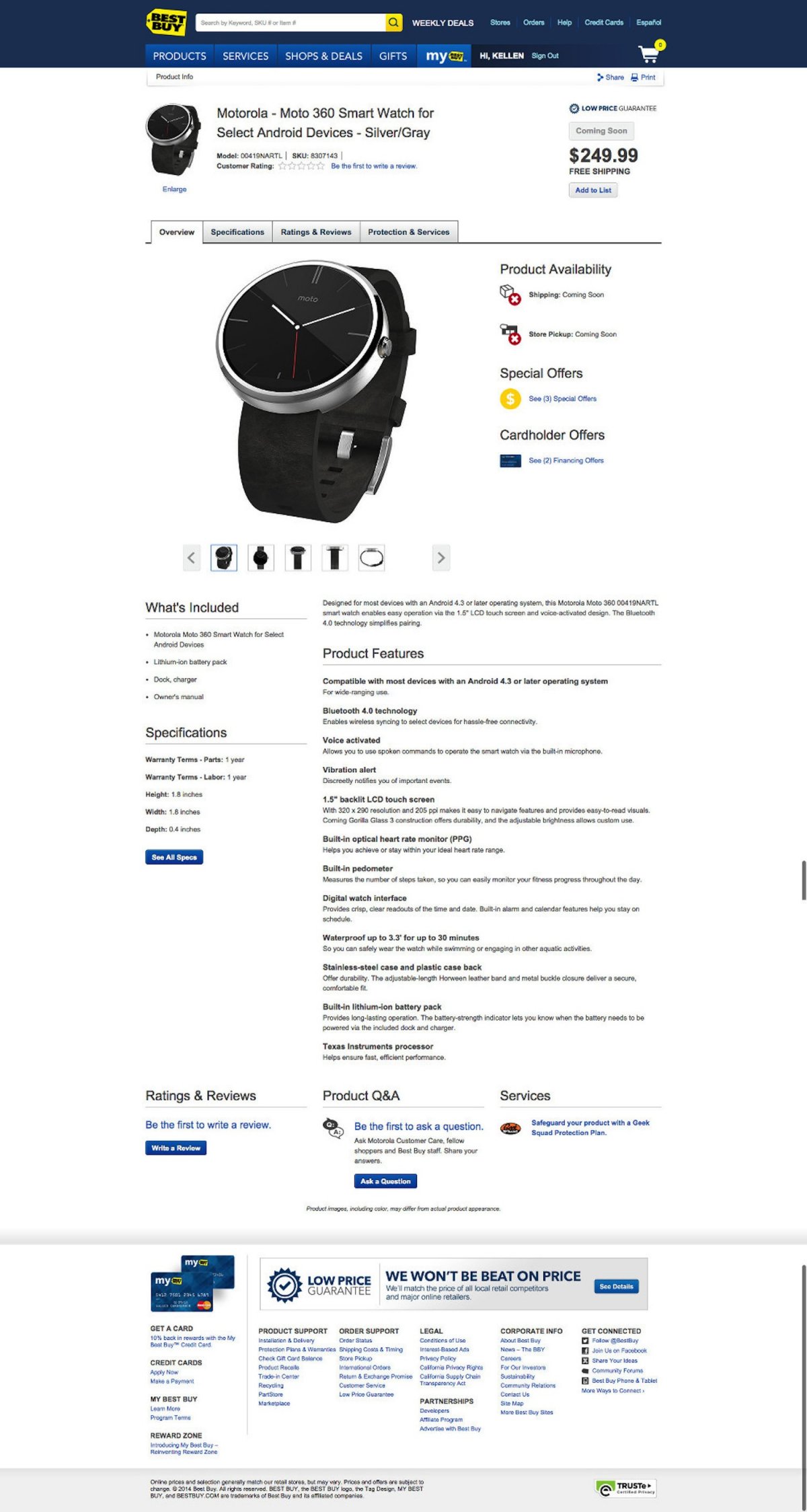